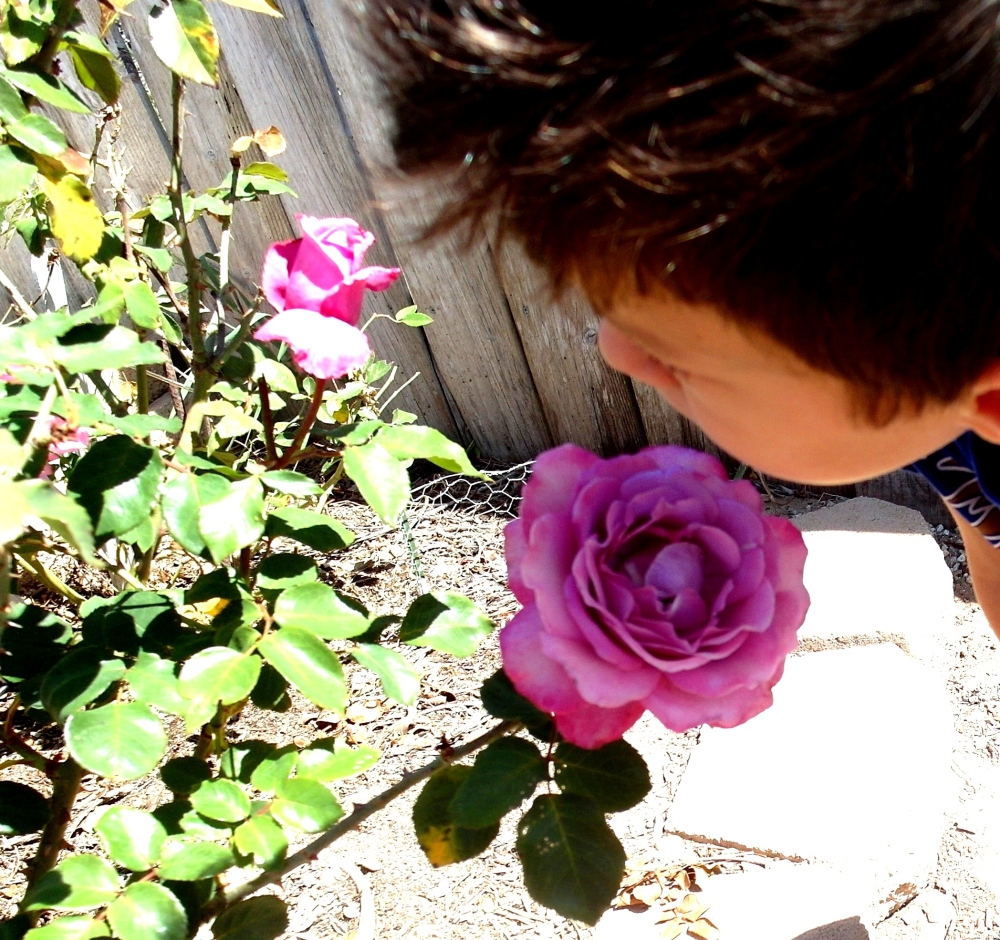 Last night my daughter and I walked to the mailbox, it was around 9:30 PM. I wanted to show her the long way around that I usually walk in the mornings that takes me to a view of a blue heron that is usually fishing for its breakfast. It hasn’t been there in the last week or so because that area of the creek has been dried up. It’s hard to describe what seeing that blue heron does for me, even though it flies off quickly when I come along. A few mornings, a crow was following the heron around. I don’t know if they were friends or if the crow was trolling.

Seeing the blue heron gives me the same pleasure I used to get in California when my lavender/purplish/pinkish rose bush would bloom. It’s not enough for roses to be beautiful, they must smell divine also. That particular rose gave off the most calming aroma. I would pluck a rose at its fullest and bury my nose in it and allow the soft petals to rub my cheeks. I introduced the experience to my youngest grandson who enjoyed doing it too.

It’s hard to predict experiences that will provide the same pleasure as my beloved rose and heron. When my youngest daughter and I were in Hawaii, I expected the sunset to provide the same sensation. Although it was beautiful watching the sunset slowly sink below the water line, the experience was no different from when I stood on a California beach and saw the same. There were some cherish moments in California, on the beach, when dolphins would appear swimming parallel to the waves. Witnessing that, without expecting it, was magnificent.

The unexpected happened last night. You know how you think you see something but you are not sure, so you wait to see it again. I thought I saw a little light, then I saw it again. As we walked nearer to the open and wild back field, more lights appeared. There were hundreds and hundreds of fireflies. It was a spectacular sight. I went again tonight and they were there again. I haven’t seen fireflies since I was a little girl spending summers in Mississippi. Breathtaking.

This site uses Akismet to reduce spam. Learn how your comment data is processed.